Archives
Recent Posts
The Shadow of the Past 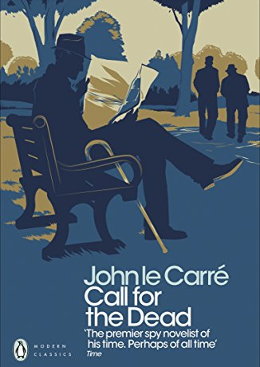 Call for the Dead
By John le Carré

This short novel is from 1961 and the first of le Carré's spy books, and the first to feature his recurring character George Smiley. The novel concerns the apparent suicide of a Foreign Office worker after a brief interview by Smiley himself. The fall-out from this leads to deeper problems, including the uncovering of a spy.

Like all the le Carré's books I've read recently, I enjoyed all of this. A lot of the background to Smiley is here, as well as incidents and people mentioned or met in later books. Some scenes, like the teasing out of information at the Repertory Theatre by the policeman Mendel (another great character himself) are absolutely wonderful. Le Carré is masterful when writing minor characters and how they speak and act (it's quite amusing as well). Helpfully, Smiley takes his time to sit and painstakingly list the facts as known at one point, so we also know where we are again. A whodunnit and detective book as much as a spy novel and another great read.