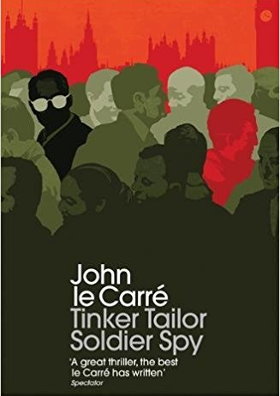 Another book I suddenly had an urge to read, and an author I want to read more of.

This is a real slow-burn of a book. Piece by piece, we build up a history of a cohort in the secretive world of the intelligence service. From their pre-war student lives to their war experience and then the post-war Cold War. Something is not quite right; an indication of a mole inside the organisation and the task of George Smiley is to dig the mole out. And this is what he turns himself to do: in a slow and methodical way he gathers evidence and starts to build a picture of the enemy and their accomplice inside the gates.

Le Carre has a great ear for the dialogue and patterns of speech and the characters are beautifully written. All the various code names and colour of life in the Circus alongside the 1970's colour of life in London as well. It's a rare book I start to try and postpone finishing, but I started to put the climax off as I approached the end. One of my favourite books.

Famously, Alec Guinness played George Smiley in the BBC's adaptation of the book, and it has also been re-made as a feature film recently/ I have not seen any of these but might try to. At least the Alec Guinness version, who I can picture as Smiley much more readily than Gary Oldman.

The nicely monoschromatic stairway leading down to the National Gallery's Monochrome exhibition. 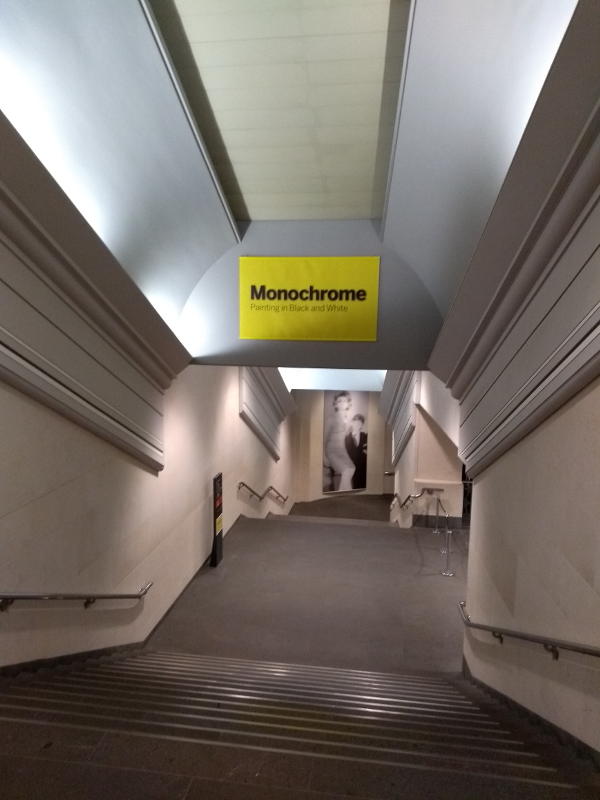 I wasn't expecting too much but was pleasantly surprised, with a lot to see and like; including a Chardin, Van Eyck and Dürer. Once I'd seen the exhibition, I had a look at the Degas.

When I'm up in Scotland, I often mean to visit the Burrell Collection in Glasgow, but have never managed to get around to it yet, mainly due to the slight difficulty in getting there. Now it's closed for refurbishment until 2020. 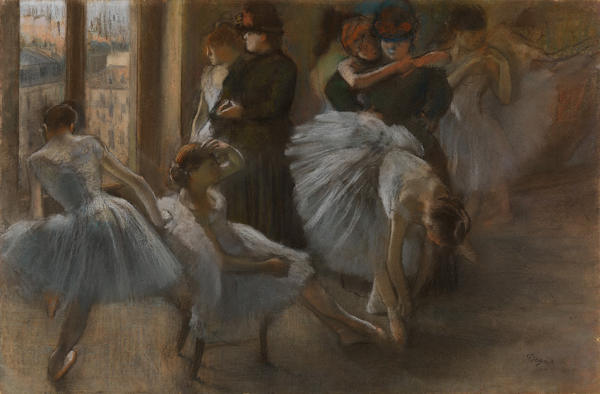 While closed however, the National Gallery in London has managed to borrow the Degas pictures and put on a free show. Degas was a very talented artist and, although usually considered alongside the Impressionists, he went his own way. Famous for his ballet dancers, he can really capture the human form and movement with a few strokes of the pen or brush, and his deep colourful style is also unmatched. Great at oil painting, perhaps even better at pastel painting.

A lovely small exhibition with a chance to see some great work. 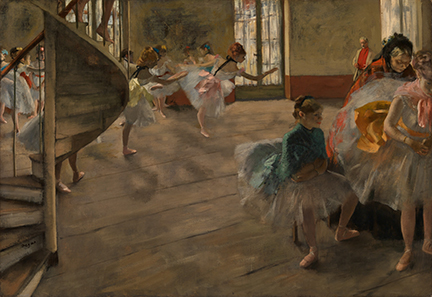 This painting is used to illustrate the ROI Paint Live 2017 Challenge on the Mall Galleries web site just now. 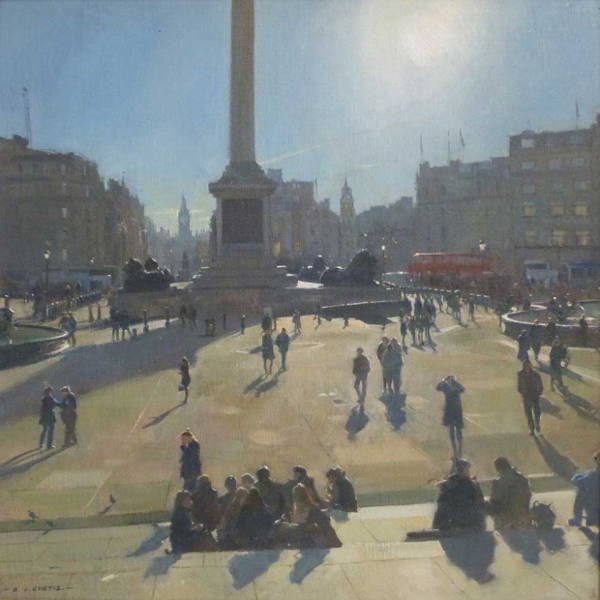 
Cézanne at the NPG 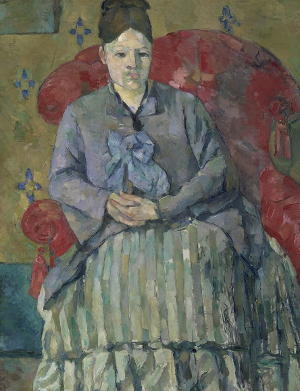 Paul Cézanne has always been an artist I've admired but most of his work I've seen has been his still-life and landscapes, the major part of his work. Apart from a mini-exhibition a few years ago at the Courtauld on his card-players, his paintings of people are not seen so often. The National Portrait Gallery in London has a new exhibition devoted to Cézanne Portraits that rectifies this.

The exhibition covers portraits he made throughout his life. The very early ones (pre-1870) are quite different however, and I have to admit that I really didn't like them at all. Dark and heavily painted with a palette knife, the paint was thick and spread around in large areas, almost as if by a trowel. I could see why they might be rejected from the Salon. Luckily, the earlier, uglier paintings are soon replaced by better ones. 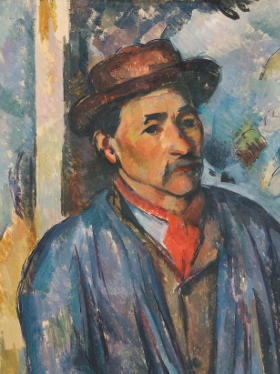 Once we get into the 1870's, Cézanne finds his style, and thankfully also his brushwork. This brushwork often consists of the short, parallel and diagonal stroke we recognise from his landscapes; a style that distinguishes his art and what makes him so recognisable.

Not all are good and he struggled with figures sometimes, especially faces and expressions (sometimes very doll-like). The show is well worth a visit though. Cézanne is one of the great artists.

A blog post about the show at the NPG site. 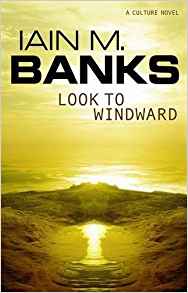 I read this a few weeks ago now but not managed to post about it. This was another very good Culture novel; one of the best I've read. Banks seems to get better as he wrote the series.

This book covers pain and loss of war, and the morality of revenge. All told from a very Banks viewpoint, with characters not always all they seem and technology of the "magic" variety (so high it seems like magic, per Arthur C Clarke's famous quote). A wonderful addition to the Culture universe with a beautiful and bittersweet resolution. 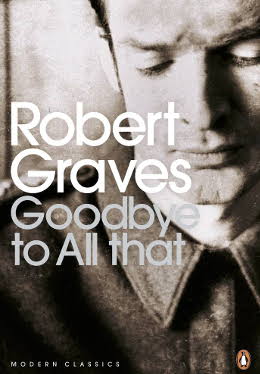 Goodbye to All That
By Robert Graves

An autobiography written at the age of 34 is slightly unusual, although it does not seem to stop the modern celebrity or TV star. Graves had weightier reasons however: surviving the slaughter in the trenches of the First World War.

I read his translations and rewriting of the Greek Myths a long time ago, and have also attempted to get through his White Goddess, but have never read or attempted his most famous works, the I, Claudius novels. Graves always considered himself a poet foremost, and describes his meeting and friendship with Sassoon here. He became very dispirited and somewhat bitter about the war, and who could blame him? This appalling event still casts a long shadow, and can even make me angry today. His background, class, education and whole milieu is from another age, long gone now and worth lamenting, at least in part. An interesting and original thinker and writer.