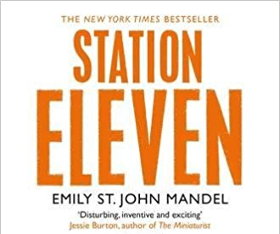 Existence is very fragile, as is civilisation, and few think about the perils of living without running water or electricity. They are exactly the sort of thing you need to do if you're writing a book like this though. If a virulent flu virus was ever to sweep the world again, as one did in 1918, civilisation might come to crashing halt. 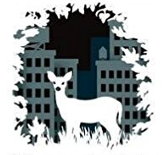 Emily St. John Mandel's novel tells the story of some people caught up in such a calamity, as things fall apart after a new flu epidemic kills most of the planet's inhabitants. There is enough realism here to make you face the likely effects, a horror or what it means as everything stops working and people die, but she doesn't dwell on the horror and this is not a horror story. Switching between a select few characters whose lives intersect in some way pre and post-fall, the story never becomes morbid or hopeless. Kirsten, one of the main characters, acts in a travelling theatre and orchestra, staging Shakespeare to scattered survivors living in various settlements in the American and Canadian heartland. There is no one main character but enough characterisation is done to create believable people.

When I got to the end of the book, there was some sort of "study guide": questions a teacher might ask students to think or write about. Although the book does not seem to have a "young adult" label anywhere I could see, it had that feel about it. I think I started to consider this about half way through; perhaps the lack of swearing. This was nothing I missed.

A good novel and one I enjoyed.