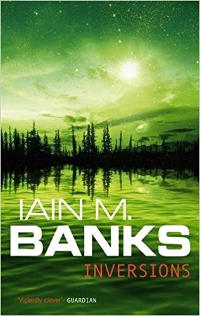 I've been enjoying a few Banks books this year, including a re-read of Excession, also reading The Hydrogen Sonata and Surface Detail. All three books were excellent. Inversions is hardly a Culture novel at all: a very Medieval level world with equivalent superstitions, warfare, justice system (rudimentary, including torture) and extremely basic science and medicine. Almost a standard issue murder, plot, intrigue and war waging novel from the European Middle Ages; except that there is something a bit different about the Doctor, and possibly the Bodyguard as well. Hints that they are not quite what they seem, and things that remain only hints right to the end.

I liked the book but was glad it was not much longer. Interest was held by wanting to know who the Doctor really is, and are your suspicions confirmed? I suspect this one would be a disappointment to many of Banks' Culture fans but one I'll give him a pass on. 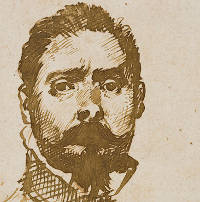 At the National Portrait Gallery to see The Encounter exhibition (drawings from Leonardo to Rembrandt), I saw the Sargent exhibition book from 2015 on sale. Looking through it, I paused on the page with his amazing portrait The Daughters of Edward Darley Boit from 1882. A beautiful painting and quite unusual in its composition for the time. The Museum of Fine Arts page is a good description of it and its reception.


It reminded me a little of another painting I had seen recently.

Compare with Rupert Alexander's portrait of The Levinsons on display in the BP Portrait Award show this year. A classic style and a very Sargent feel to it. This is a picture with only four of their five daughters. 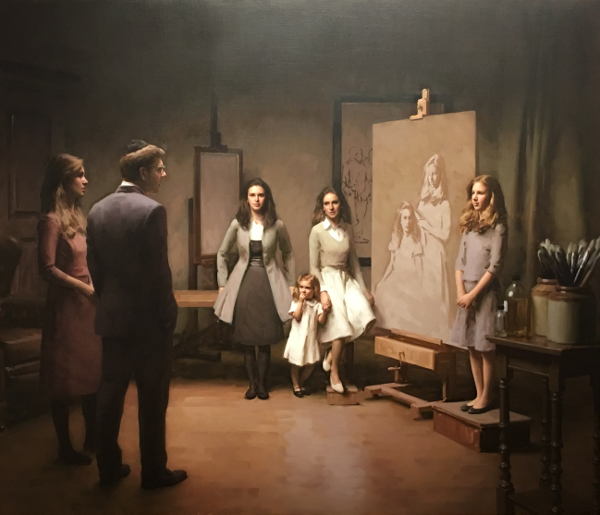 The Encounter was really good; drawing is the absolutely fundamental base to much good painting and there are some excellent examples here. I really hate the way the NPG add a "booking fee" though. It is over 25% of the cost of my ticket!


Bring Out the Dead 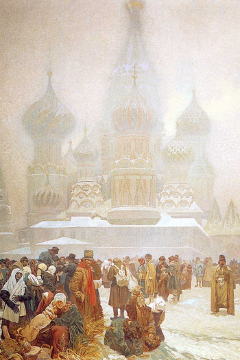 Nikolai Gogol wrote this before 1842, and before the emancipation of the serfs by Tzar Alexander II. The souls referred to are those of the serfs, chattel of the landowners; bought, sold, mortgaged.

Paul Ivanovitch Chichikov travels around Russia trying to make money with a clever, but slightly odious, scheme he thought up. Visiting landowners, he cajoles them to part with their "dead souls", that is serfs who have died but still exist on the rolls from the last census: thus still attracting taxes. Hopefully enticing people to part with them for nothing or a minimal fee, he hopes to use these names to enable himself to buy an estate in the future, using them as some form of "collateral" for a mortgage. Yes, slightly off, perhaps not quite legal. The law can be "flexible" in Russia though, and this would, in effect, enable a cheap loan and a foot up the greasy pole.

The novel is great fun and often funny. Chichikov's a form of lovable rogue, a thinks of himself as a "gentleman" but not averse to some underhand dealings. His interactions with the various 19th Century Russians he comes across is often lively, as is the sometimes comedy interlude of life from his servants' perspective. Gogol even lets the horses and dogs have an opinion occasionally and is obviously laughing at some of the absurdity of his creation.

This version was translated by D. J. Hogarth in 1916 (according to Wikipedia) and is now in the public domain. It was a good read and the Standard EBooks version is well produced (a good project). The slight disappointment is that the novel is missing the ending, and also a little fragmentary later on. Generally, we get most of it but a shame to lose out on some of the story. We are actually lucky to have what we have: Gogol never finished it, and in fact tried to destroy it!


Everything is its Own Reward

I first came across Paul Madonna's book Everything is its Own Reward when I picked it up to browse in Gosh Comics, maybe six months ago. A really beautifully produced hardback book of whole page pen and ink drawings of San Francisco and surroundings. I picked it up again at the weekend, remembered looking at it before and once again loved it: so decided to buy it.

Madonna wrote and drew the series All Over Coffee in the San Francisco Chronicle for twelve years. He has a real talent for observing and drawing the urban landscape. 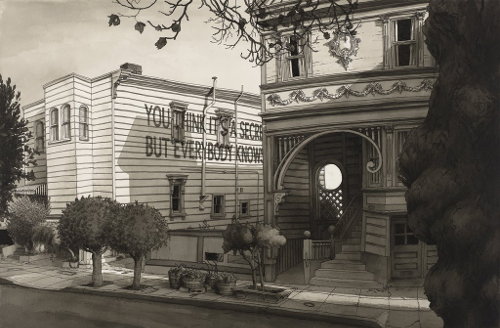 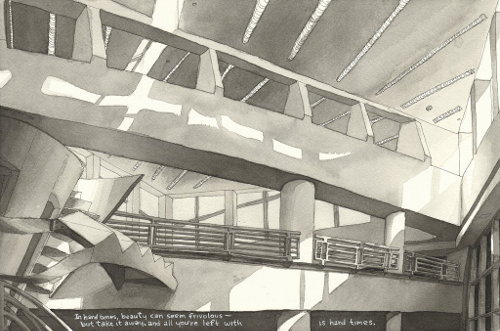 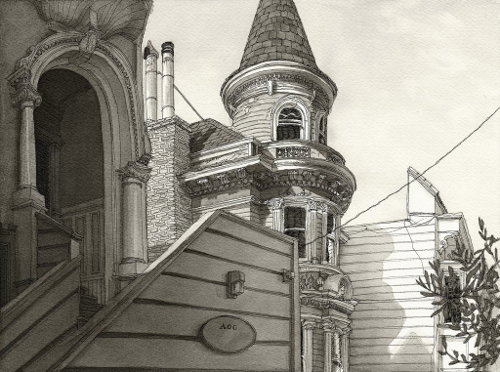 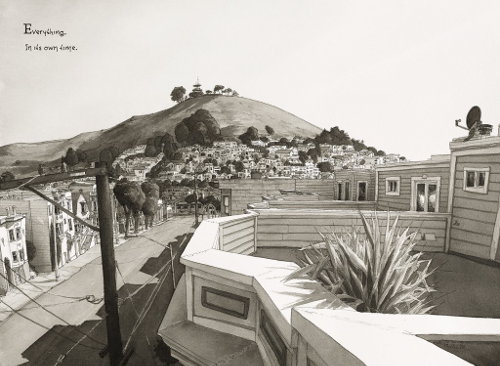 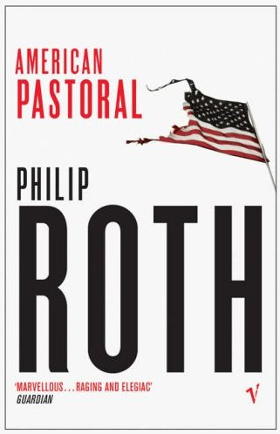 So replies Meredith "Merry" Levov to the teachers assignment that week, "What is Life?". Merry is the daughter of the Swede (so nick-named by a teacher at school) and his beautiful wife Dawn, Miss New Jersey 1949 (she hates being defined by this). In the evening, the parents laugh about their daughter's precocious intelligence but her odd unsentimentality grows in the years to come, an intellectual intensity that explodes later. America changes in the sixties and so does their daughter; and their world comes tumbling down.

Of the few fair-complexioned Jewish students in our preponderantly Jewish public high school, none possessed anything remotely like the steep-jawed insentient Viking mask of this blue-eyed blond born into our tribe as Seymour Irving Levov.

The Swede has it all and grows up in a post-war America brimming with optimism for the future; an all round athlete, good looking, ex-Marine (a drill instructor no less) but luckily misses the fighting as Japan surrenders. Laid back and comfortable in his own skin, everyone loves him. He even marries a Catholic: From Elizabeth. A shiksa. Dawn Dwyer. He'd done it. The American dream.

This novel is very funny in parts and also very moving. Much is an amazing internal struggle by Seymour Levov to understand the turn his life has taken. Roth writes an elegy almost, to an America that (sometimes literally) blew up, a Newark City that burned in riots and went down hill from there; a middle class that fled but couldn't escape the changes.

Roth beautifully evokes an old mid-20th Century "Americana", a place of growing wealth and huge aspiration. Everything is going so well, until the year 1968 and everything starts to fall apart because of Merry's cataclysmic actions. This is the power of the book; the beauty and wondrous potential so well described, colliding with the terrible fragility and reality of the world as it is. A great book and justly a Pulitzer Prize winner.


To Clapham We Go

LARA, with whom I did a weekend painting course a while ago in their Vauxhall studios, are moving: to Clapham. This is where I live so I'll have an easy visit if I do anything like that again. A good move I'd say! A bit more to see and do around Clapham as well.

We found Clapham North to be a gem of a place: it boasts many coffee shops, bars and restaurants and is only a short walk away from both Clapham Picturehouse cinema and the vast green space of Clapham Common.