A comment online was stop interrupting her and let her get on with the third book!

This interview with Hilary Mantel is actually from 2015, so she's had some time since to get on with the third and final book in her great Wolf Hall trilogy. The interview is very good on the process of writing and research she has. Her favourite novel is Robert Louis Stevenson's Kidnapped, surprisingly enough; a book I read when I was at school but should revisit I think. A cracking adventure. I've been very lucky with my choice of books this year; long may that continue. 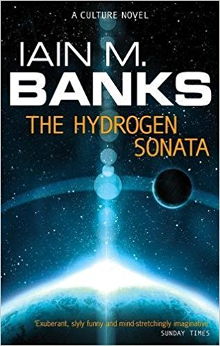 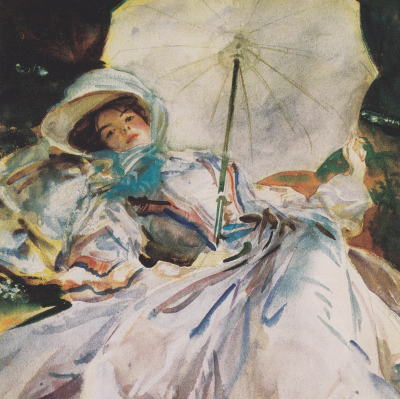 Some John Singer Sargent watercolours are on display at the Dulwich Picture Gallery and well worth a look. Sargent was such a great artist, and these paintings show his mastery of more than just oil painting.

Like many, he loved Venice and painted it regularly; it would have been a lot less crowded back then. As well as Venice, there are lovely paintings of friends, family and landscapes, as well as some work done as part of his stint as a war artist. 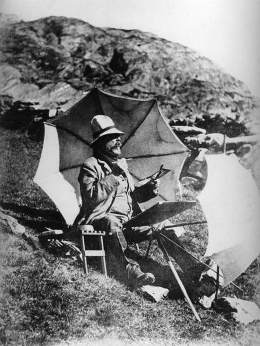 There are also a selection of photographs to accompany parts of the exhibition, some showing the great man at work or background detail to his travels. He made a good living from his portrait painting and did a lot of travelling around Europe and the Middle East, always busy recording in paint. As a result, he was very prolific, so we have a lot of work to enjoy.

Below: An unusual panorama painting of Constantinople Sargent did in 1891.

It's that time of year: a multitude of great art shows around London making for a very busy set of weekends. Some have to be visited more than once. The BP is free luckily.

The BP Portrait Award 2017 is a good as it always was, and perhaps as good as it gets. It's probably the best and most consistent annual art exhibition around, although it is highly selective so we see the best of the best ("2,580 entries by artists from 87 countries"). 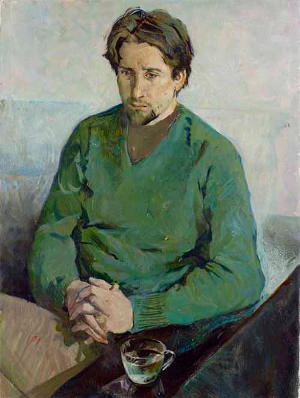 Right: A Russian Artist in China by Bao Han, Oil on canvas (link) 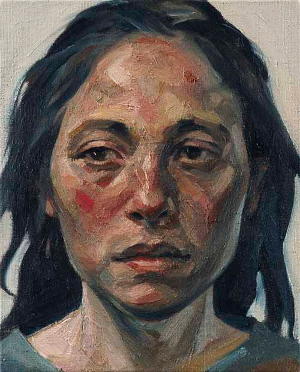 The above two are just two of many I might have decided to display here, but they are ones I particularly liked. For the full list, including the prize winners, see : here.

The RA Summer Exhibition rolls around in June every year and it is always a huge mix, as much "art and craft" as art sometimes. Who is to say where the dividing line is however? It includes art "installation", video pieces, architectural work and even performance art this year. And a few paintings, drawings and prints of course, the things I prefer. There's plenty I don't like but also some beautiful work as usual.

The Bill Jacklin paintings are great: a detail from one is above. Many of his pictures have a great movement and swirl of people, sometimes battling the elements and sometimes dancing or skating. The swirl of crowds in the big city. If you look closely, the individual is barely delineated, fading into the surrounding air. Fred Cuming also had a few works hanging, some of which were a bit different to the ones I've seen before. I love his atmospheric landscapes and he has a small solo show in the Keepers House, as I've reported before (I had another look yesterday). 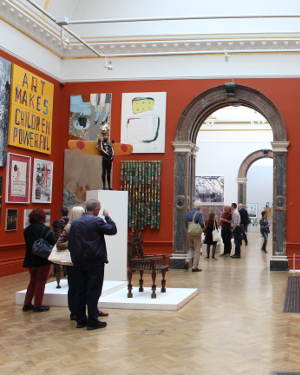 There's always a lot to look at, although I sometimes find myself moving through the rooms more quickly than usual. It's a lottery who gets picked and perhaps I found less to like than before. I must check out Not the Royal Academy again. Unlike many "Royal" exhibitions, that one's free. 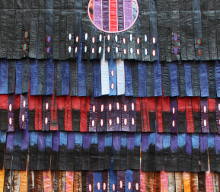