The Left Hand of Darkness
by Ursula Le Guin.

This is the second Le Guin book I've read, following on closely from The Dispossessed. Like that book, this was a very good read: thoughtful and intelligent.

It's not a long novel, the paperback (yes, I read the dead tree version) being under 250 pages. Quality wrapped up in a small package. 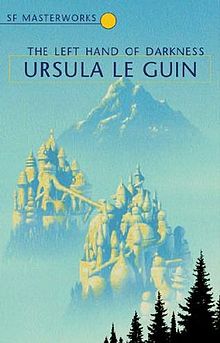 The Left Hand of Darkness tells the story of an envoy from the Ekumen, a commonwealth of planets, to the world of Winter (known to its inhabitants as Gethen). As the name suggests, Winter is a world of cold, harsh winter temperatures most of the year. The planet is being investigated for its readyness to become a part of the Ekumen and is therefore a form of first contact tale.

There is a similarity between this novel and The Dispossessed in at least one aspect: a contrast is drawn between two quite different societies. One is Karhide, a conservative, autocratic and old fashioned culture, scared of change. The other, Orgoreyn, is more organised and technocratic, but dissembling and cruel.

The big difference here though, and the defining aspect of the novel, is that the people of Gethen are sexless, neither male or female. Apart from a few days every lunar cycle (roughly 26 days), the natives are only latent and can be seen as potential males, or potential females. Le Guin explores what this might mean from multiple aspects: social, linguistic, political, economic and personal. The personal relationship that develops between the envy and Estraven, a native he completely misreads and distrusts initially, is the powerful core.

Like The Dispossessed, this is not a book full of action or excitement, although there are exciting parts and some action. The interest is in the meeting and eventual trust between the representatives of two alien cultures: one a terran man (the envoy) and the other a Gethenian. Until some understanding of the reality of life without gender, the envoy's mission and his life is in great danger.

Once again, an adventure book with extra depth from an interesting author.

Not actually a Christmas present but a few weeks ago I bought a decent DSLR camera for myself. I don't consider myself a "keen" photographer, but I did want to take better pictures and have more control. I bought a Canon EOS 700D, which seemed to have everything I'd need.

Now, a few weeks later, and having also bought a Dummies guide to the camera (my first such book - it's actually quite good), I'm taking a lot of pictures trying to figure out the various settings. And this is part of the beauty of a digital camera: instant feedback.

I'm old enough to remember when a taking a camera on holiday was very different: the speed of the film rolls, how many to buy, manually winding the film, putting them in to be developed, waiting a week and then discovering that half of then might be spoiled ... very different now!

Now I can take dozens or hundreds of pictures, see instantly what they're like, tune settings, try again. In fact, a camera like this has so many possible settings it can be quite overwhelming.

I've got a lot of playing around to do ... a lot of very bad photographs to take!

Another artist I came across recently, and again via Llewellyn Alexander, is Nancy Petley-Jones. Not as prolific as Pamela Kay but I've been impressed by what I've seen.

I like the sparkling water, muted colours and thin, wintry sunlight she captures on the Thames. Very impressionistic. In fact, reminds me a little of Monet. 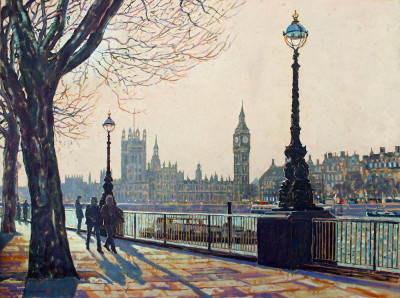 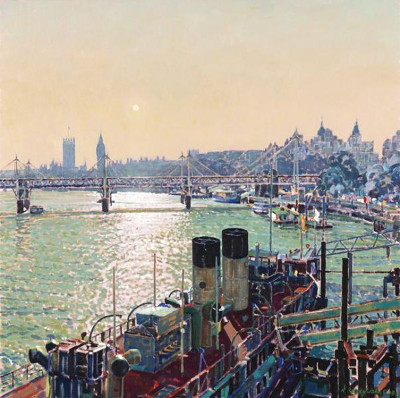 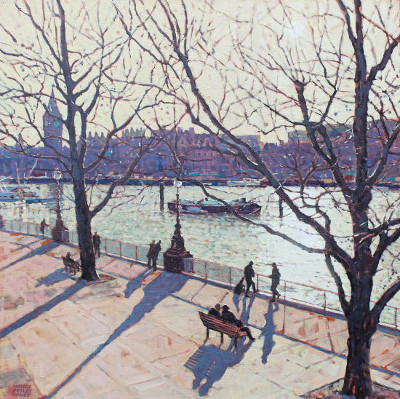 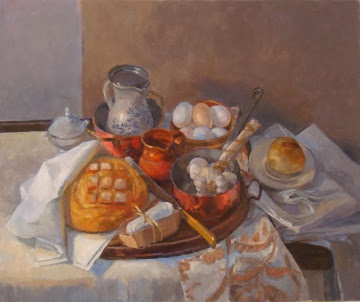 I first came across her work at the Llewellyn Alexander gallery. She paints a lot of still life and interiors and I like the way she handles colour, light and, particularly, her paint stroke (maybe the texture). Her work is also affordable, not silly money like some ask. 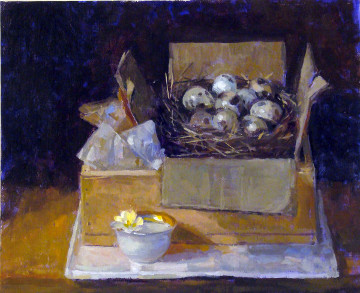 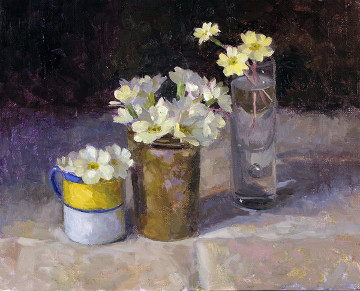 Primroses and the Monet Cup, Oil 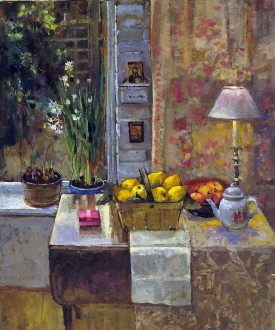 Interior with Basket of Quince, Oil

I like the Interior with Basket of Quince a lot. It's going for £3250.

The three paintings above are all from the Llewellyn Alexander gallery. Their page also includes prices. 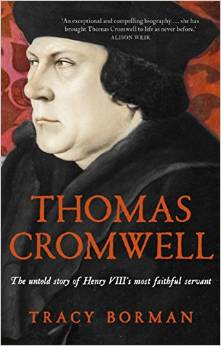 I've almost had enough of the Tudors - but not quite. it's hard to look away sometime, like a public execution. Of course, executions were fairly common around Henry's court. What a great cast as well!

I enjoyed Borman's book about the rise and fall of Henry's great minister but there were parts I found hard going, especially the numerous quotations from contemporary sources and all their variant spellings. It was often tough getting through these and I would have rather she spent more time in her own voice, expounding more background.

I think this period is one of the first where documentary records start getting much better but for someone of Cromwell's background, there are still many gaps unfortunately. He starts life at the bottom (something he is constantly reminded of by his noble born associates), clawing his way to the top by sheer hard work and talent. As well as his own, he has a skill in recognising talent in others. He rode the tiger but it did eventually turn round and devour him.

Cromwell died by the axe, and not the clean sword strike that took Boleyn's head. Judicially murdered essentially, but not before he had committed many others to a similar fate. A lasting legacy though and a fascinating character.

And of course, greatly looking forward to The Mirror and the Light. 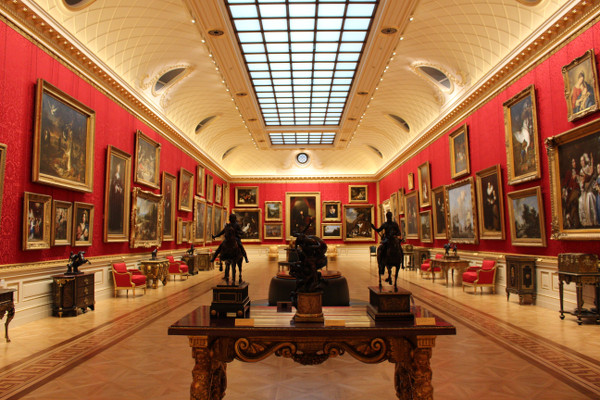 The Wallace Collection's Great Gallery is a very impressive, sumptuous room full of beautfiul works of art : Frans Hals, Van Dyck, Velasquez, Murillo and the list goes on. I was there on Saturday morning and almost alone in the room.

If you like French art, this is a very good place to be. Not only paintings, but furniture, sculpture, ceramics , even arms and armour (of course there are many Dutch, Flemish, Spanish and Italian works as well).

Here's a timelapse of the re-hanging completed in September :

And here's a video about one of their most famous paintings, Fragonard's The Swing. As Kenneth Clark pointed out, it takes civilisation to produce things like this.