Leonardo Da Vinci, The Flights of the Mind
by Charles Nicholl 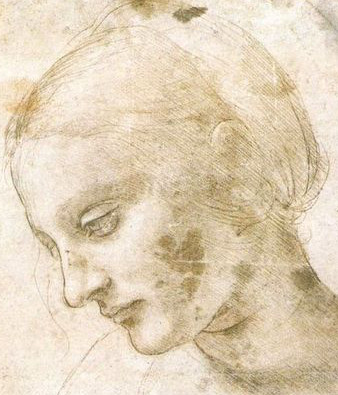 A very remarkable man even for the times, and the times were full of quite remarkable people.

It is quite something to think of how much talent and genius was alive in late 15th and early 16th Century Italy. Leonardo's life crossed Michelangelo, Verrocchio, the Medici, the Sforza, the Borgia, Machiavelli, Bramante plus a few Kings and Princes.

Perhaps he was the original "Renaissance Man" although I see the Wikipedia page on Michelangelo mentions that in regards to this other great artist.

The Windsor's seem to have managed to collect a lot of his drawings and I was lucky enough to see them when they were exhibited at Holyrood last year. The drawings themselves are beautifully done but the text is hard to decipher: it's in Italian but also written in mirror script (so backwards). Leonardo was famous for writing notes this way, whether for secrecy or some other reason isn't clear.

The National Gallery also had a Leonardo exhibition a couple of years ago (time flies, I almost said last year). Unfortunately I didn't manage to get in to see it, leaving it too late to get a ticket. It was so popular that the queues snaked all the way out to the street. Very disappointing.

I wrote a post about the queue on this blog!

Charles Nicholl has written a very readable and interesting book, not only about the man himself but also his life and times in the Italy of the renaissance. The small details of his shopping list, arguments or notes on his projects, often written in the margins of a notebook. Never a prolific painter, we don't have many finished works of his. Some are lost, some unfinished but many never started. He churned out ideas and notes, not art. I almost added "unfortunately" but how can I be anything but thankful for what he's left us? 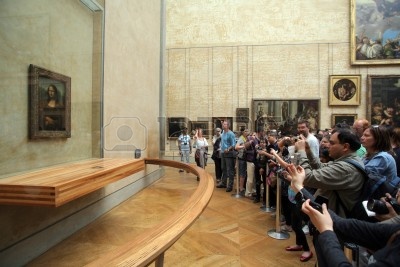 As for Lisa Gherardini, wife of Francesco del Giocondo, Florentine housewife and mother, I really need to pop over to Paris and have another look. How much will I be able to make out though?

The rest of the Louvre is worth another visit as well however.

More on Leonardo at the National Gallery web site.