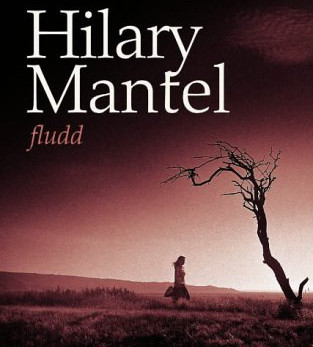 A Hilary Mantel book and one of the best I've read. But what to make of it? That's a little harder. This is an easy book to read and one I enjoyed immensely, but it was obvious there was a lot more under the surface here.

I'm not one for the "humorous" book at all, but there were times that I really did laugh aloud reading this. The rural catholicity of the story and situations conjured up by Mantel were almost Father Ted territory. And as she says in an interview after the book, the story has a child-like quality, maybe wondrous and at times naive, but very affecting.

The novel's language and style is pure Mantel though. A simplicity of style, the usual conciseness of the language and the beautifully constructed sentences. I can't really find fault with the book.

So, what is it about? A stranger arrives in a small northern village and his presence effects changes in the ossified community. As the book reminds us in an afterword, Robert Fludd was an English alchemist and the alchemist's aim was transmutation. Superficially, this was base metal into gold, but the occult transformation desired was always expressed as something spiritual. As Mantel points out in the afterword, catholic children are already infused with such a "magical" transformation as part of the doctrine of transubstantiation: the miracle of the bread and wine turning into the real body of Christ.

Despite the above, the book is not heavy going in any way and is a pleasure to read. Very funny as well. I think I'll look forward to reading it again in a year or so.