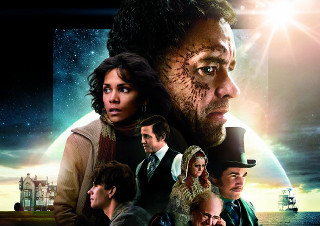 I knew of the book, and knew it was highly rated, but I actually decided to read Cloud Atlas after seeing the trailer for the film online. Not a usual route I'd take.

David Mitchell's book has received a lot of very good reviews and is also considered quite literary. Sometimes this just means a good vocabulary and well structured sentences but it can also mean a book turns out a bit abstruse.

I'm very glad to say that this was not the case with Cloud Atlas, and I enjoyed the book a lot. I knew very little about it actually, other than it was considered a bit harder ("literary") and had an unusual, multi-story structure jumping between different timelines. Perhaps the word challenging is more apt.

There are six stories, each in two halves that are in a mirrored order, such that we start and end with the first, the voyage of a 19th Century American notary in the South Pacific. Each story is set in a completely different period, from the 19th Century, to the 20th and off into the far future. Wikipedia (watch out, big spoilers there) calls the film (which I haven't seen yet) science-fiction and I found the future (and far future) episodes in the book the best.

The story of Sonmi 451 is a beautifully told tale of a young clone and her education into the realities of life in a future Korea. As a "fabricant" she is a slave and the world she is "born" into both autocratic and consumerist to the extreme. This world bears some resemblance to Huxley's Brave New World, one of my favourite books, and is chilling but fascinating. The story that follows is set further out, in a post-apocalyptic world where the vestiges of humanity cling to the planet by their fingernails. 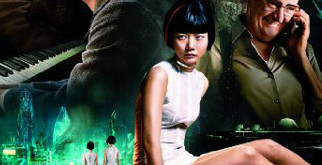 Every story engaged and entertained me, and if any dragged at all, you know there's another along shortly anyway. There's a deeper meaning here but I'm still working that out, other than seeing the more superficial warnings against consumerism, environmental damage, racism etc. What I'll remember most is the excitement and empathy generated for a vat born clone, escaping her pre-ordained fate for a more immortal one.