Archives
Recent Posts
Into The Expanse 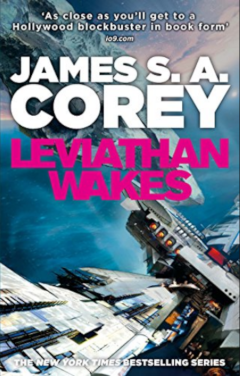 I've just finished reading the penultimate book of the "expanse" series: this is book number eight, with the last book to be published later this year. I have read the eight books over the course of the last year but tried to pace my reading speed a lot because the books have been so good. It is not often you read a book that's hard to put down, and even rarer for a whole series of books and they have been consistently excellent.

I have to give full marks to "James S. A. Corey": actually the joint pen name of authors Daniel Abraham and Ty Franck. A very high standard of writing across the series, with a very well thought through future world and plot alongside well developed characters. The character development becomes the strong core of the series and you end up believing and caring about them. They have certainly been though a lot over the years described! Space travel time scales are not played down.

So for now I am waiting for the final book. I have seen the first season of the TV show "The Expanse" a few years ago and thought it was good. I have not seen any of the later seasons but I see they have also been highly rated, perhaps even getting better over time. They are on Amazon Prime so I might take a look sometime. I've always thought a good book is (almost always) better than the film though.