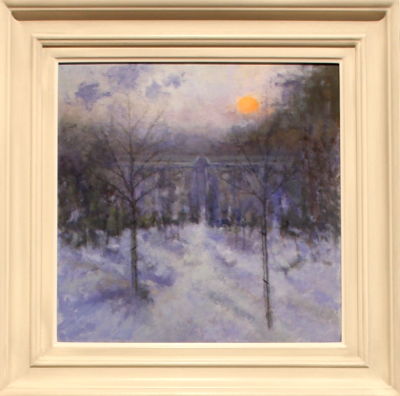 As seen at the Royal Society of British Artists Exhibition 2017.

At the National Gallery for the Michelangelo & Sebastiano exhibition (which I liked), I also took some time to pop into Room 1 and see Guido Cagnacci's Repentent Magdalene, a painting that used to live in the UK but now resides in California at the Norton Simon Art Foundation.

What a beautiful painting: bright, lively and colourful. Mary Magdalene is caught at her "conversion" as her sister Martha points out the fight between an angel and a devil in the background. Martha's suggesting she ought to hear what a Rabbi she knows is saying. This is quite an unusual representation of the biblical tale (one can question its accuracy). 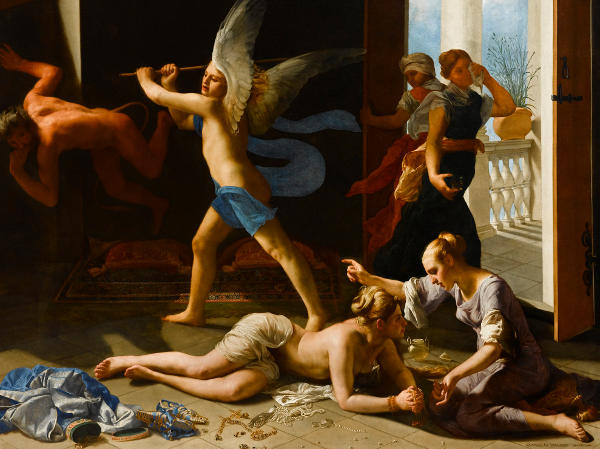 The title of this post GVIDVS CAGNACCIVS INVENTOR is how Cagnacci signed the painting. Am unusual signature because he knew the work was outstanding. See the painting until May 21st 2017. 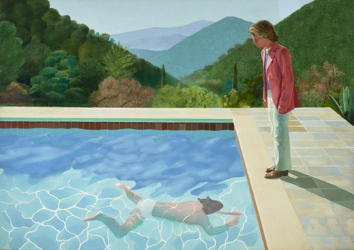 Portrait of an Artist (Pool with Two Figures), 1972

I went to the Tate Britain Hockney show, a retrospective of his work from his early art school days to his recent works on tablet. From its first announcement last year, this was going to be a very popular show.

As I've mentioned before, I've come to like his work a lot, his newer works in particular. These are often very large, very colourful paintings, sometimes made up of multiple canvases placed side by side. I think his Yorkshire woods and hills are wonderful, and his big Grand Canyon pictures amazing. He's getting on now (almost 80) but showing no signs of slowing down. Extremely prolific, he can knock them out: and long may he do so.

Back in 2014, I suggested this might be his golden age. Looking back now, I think I was right. I also think he's still at a peak. 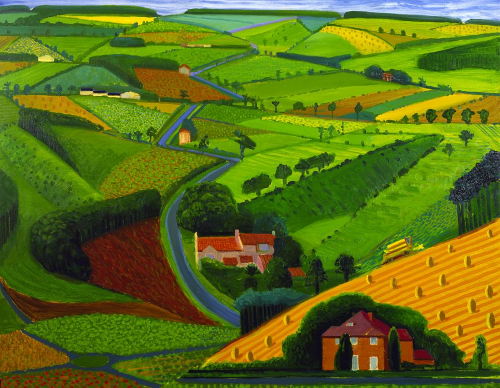 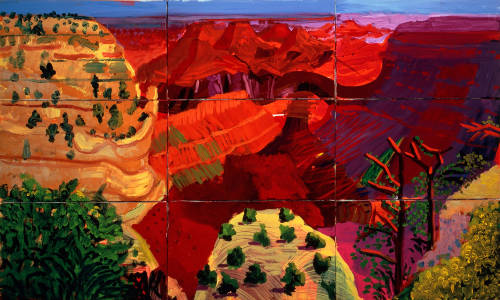 A recent BBC documentary (BBC iPlayer) has one of his artist friends mention that Hockney was playing with the colour knob of his recently bought colour TV and cranking it right up: You can have it Fauvist if you want, he said.

It's ironic that, having spoken about his bright colours and these being such a big part of the impact many of his works have, I found that some smaller, black and white drawings he made are so powerful. These Arrival of Spring drawings are arranged in rows on the wall and I found them to be a highlight of the exhibition.

Below:Drawings of the Arrival of Spring 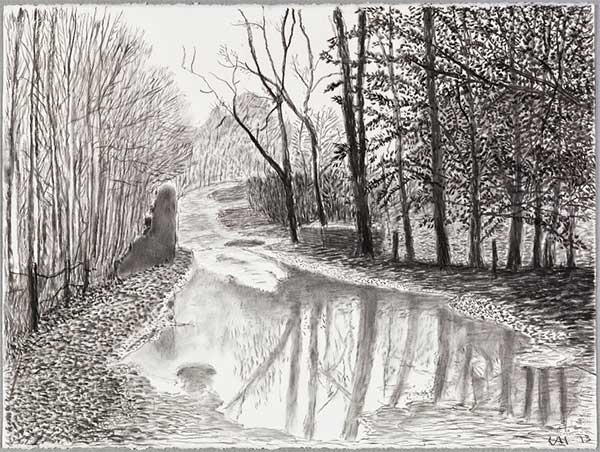 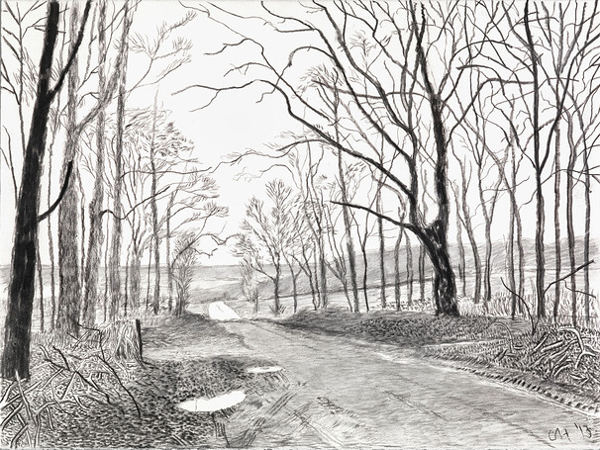 One could go on about him a bit now because he really has become a bit of an icon, a "national treasure" even and a lot of people love what he does. He is as articulate in words as he is in paint, and perhaps the greatest living artist. I hope he keeps going as long as he can. 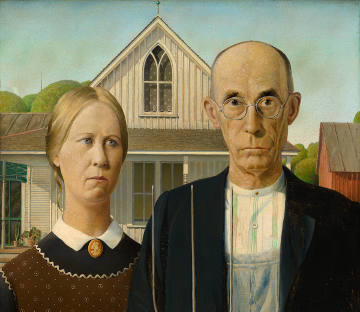 A classic painting and one I've always liked, although it has been mercilessly satirised over the years (Muppet version from the RA site itself). It is easy to lampoon: prim, proper, protestant.

American Gothic is the poster-image of the Royal Academy's America after the fall exhibition. Grant Wood painted this in 1930 and he has a number of other works on display: before now, I hadn't heard of him. 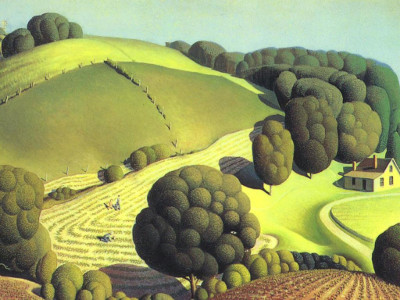 Wood is the artist who most stood out for me here, with paintings like Death on the Ridge Road, The Midnight Ride of Paul Revere and Young Corn.

Edward Hopper is a more familiar artist. He has also produced some iconic American pictures and is famous for depictions of truck stops, or diners at night; his work often has an otherworldly quality, an eerieness and, I always thought, a hint of loneliness. 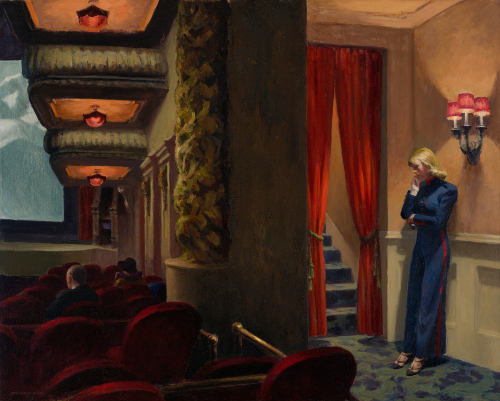 There are a number of other great pictures in this exhibition and it is another very well put together show at the RA. With Revolution on at the same time, Burlington House is well worth an extended visit just now.