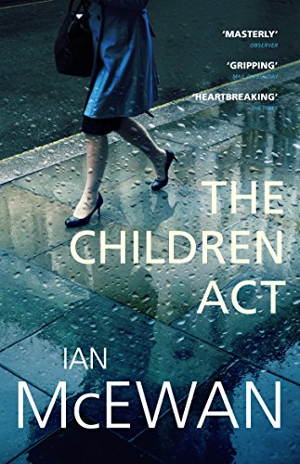 The Children Act
By Ian McEwan

Ian McEwan seems to be a prolific author and one of the major writers in English. He's been nominated for a few Booker Prizes as well, and won it in 1998 with Amsterdam. With that, there's a certain assumption of a good read. This is the first of his books I've read: a short one but good.

The Children Act is about a high court judge, Fiona Mayes, who works in the family courts: so there is much divorce and child cruelty in her life. In this book, she's having a few marital problems herself when a case comes before her: a seventeen year old boy refusing a blood transfusion because of his religious faith. The book looks at the moral choices here and the limits of law, coercion and our individual rights. To me, the professional interactions in court were the best part of the novel, and the to and fro between Mayes and the boy in hospital were also riveting. Some surprising and beautiful musical references as well.

A good book, and I expect to read more from him in the future.