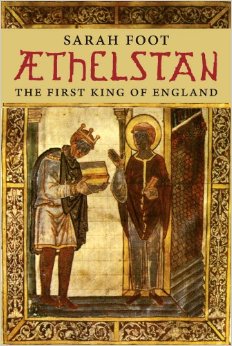 A fairly academic book in places (it is part of the Yale English Monarchs series) but mostly very readable to the lay person.

The main problem with Athelstan is that his life has a very limited documentary record, especially compared to his grandfather, Alfred the Great. This is a shame since he is a very important early king, the first King of England really, and even someone who could claim overlordship over the whole of Britain to some degree.

Sarah Foot is Regius Professor of Ecclesiastical History at Christ Church, Oxford, and has appeared a few times on the BBC's In Our Time radio programs. On radio, she has taken part on programs that went through the Life of Bede, Alfred's Battle of Edington and, of course, Athelstan. It was on this program that I first heard of the battle of Brunanburh, a decisive victory of the Anglo-Saxon army over the combined forces of the Scots, Welsh and Dublin Norse.

The site of the battle was probably the North West of England around the Wirral, but no one knows for sure and the battle and its significance has been all but forgotten. In some ways, rather like Athelstan himself. Maybe this was due to his background (some question over his mother's lineage) or possible accessory in his brother's death shortly after his (probably) contested coronation. Whatever the reason, Alfred has well and truly eclipsed his grandson.

If you want proper detail about what we know about Athelstan however, this is the book for you. For a more accessible guide. Michael Wood made a very good documentary for the BBC called In Search of Athelstan and you can watch it all on YouTube.

I was at the Society of Women Artists last week at the Mall Galleries. As usual a great show of art, and some favourites are below (but really, too many to show). A couple of photographs below are a detail only, and one or two have an indecipherable description (sorry). 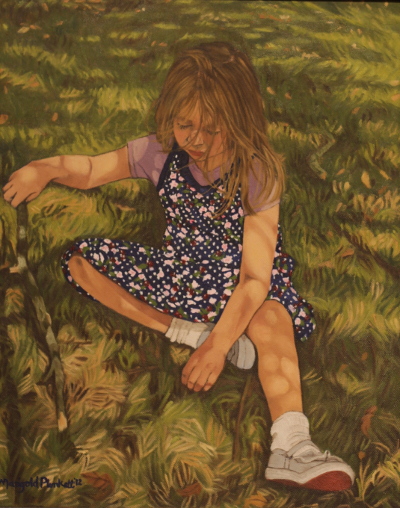 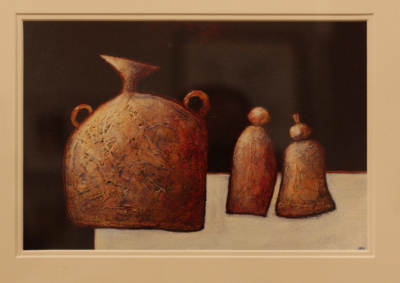 Annie Ward, A Democracy of Pots: The Gathering. Acrylic. 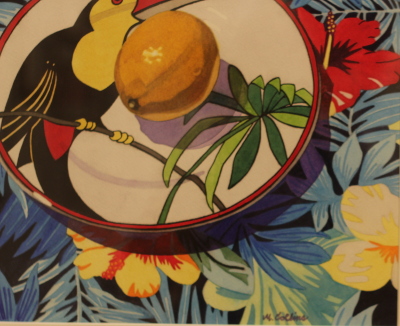 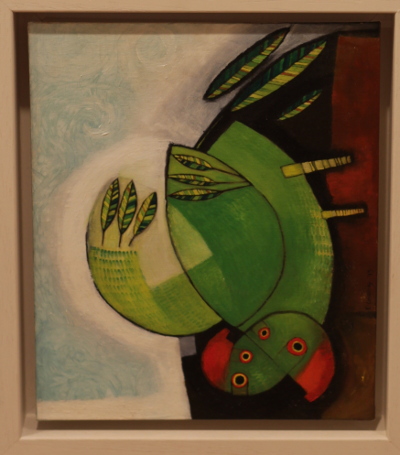 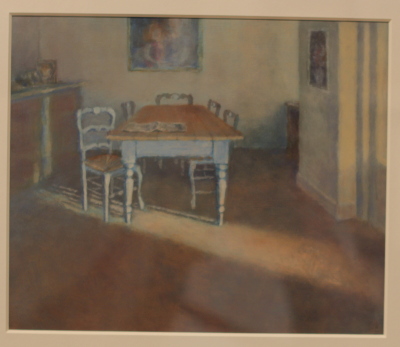 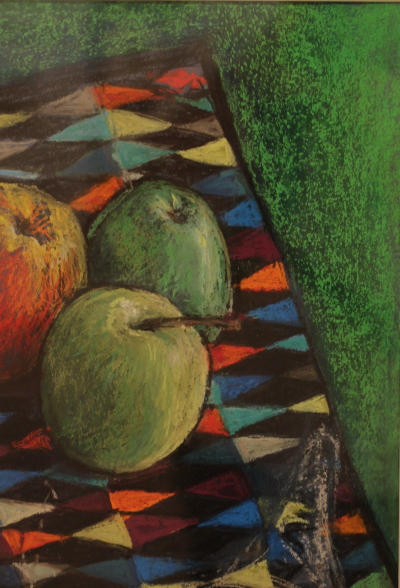 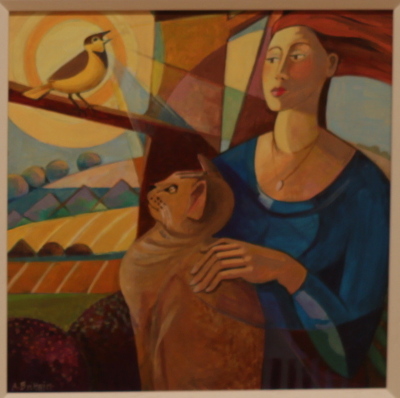 Not sure who this is now (perhaps Hadrian) because I didn't get the description, but it's from photograph I took in the British Museum : 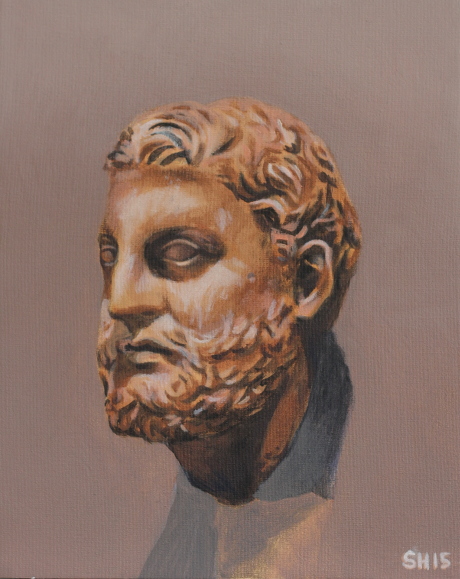 20x25cm, acrylic on Daler Board

I thought it would be a chance to have a go at the "classic" art practice of drawing (or painting) a sculpture, looking for the light and shade. I'm quite happy with it, although the painting is much better in real life. 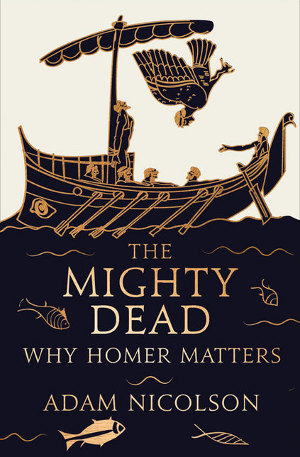 The Mighty Dead, Why Homer Matters
By Adam Nicolson

One of those uncommon books where you have to savour the writing in the reading of it. A beautifully written, poetic book that digs deeply into the origins of one of the foundations of Western Civilisation: Homer's two epics The Illiad and The Odyssey.

This is also a very personal tale at times. Nicolson does not flinch at his own past, using it to reflect on the way Homer's world works, however brutally.

And as he points out, the Greek Heroes are extremely brutal. Blood drenched, selfish, pumped up and boorish: a gang of thugs who revel in shouting and killing. There is a well placed analogy with the sort of life a modern inner-city gang member lives, where violence can be a way of life, and "respect" is a dangerous thing to slight or ignore. It's almost a meeting of two worlds: the civilised and settled city (Troy) and the warrior society from the Eurasian steppe (the Greeks). Nicolson posits that, in effect, there may be some historical truth to this. From such beginnings, what timeless beauty can be spun though.

On the beginning of the age of bronze in the near east :

At the same moment, but further north, the new metal had an equally powerful effect on human history. A cluster of economic, social,military and psychological changes came about in a wide swathe of country which stretched from the steppelands around the Caspian Sea through the Balkans and on into Northern Europe. These changes created the civilisation of which Achilles is the symbol: not a city world but a warrior elite, ferociously male in its focus, with male gods and a cultivation of violence, with no great attention paid to dwellings or public buildings,but a fascination with weaponry, speed and violence.

Left: The so-called "Mask of Agamemnon", a gold sheet funeral mask that covered the face of a buried man in a Mycenean shaft grave (Circa 1500 BC). Discovered by Heinrich Schliemann in 1876.

There's plenty of archaeology here and not just the muddy sort: we also have to dig into the literary past and even more, the linguistic levels of history to see what odd, pre-Greek words still exist as a memory of a more ancient existence. How long can such a memory exist and be passed down the generations in song and poem, orally? Perhaps a surprisingly long time. "Homer" is supposed to have put these masterworks down in written form in the 7th or 8th Century BC, the actions in the books having taken place around 1200 BC (500 years earlier).

The Illiad is suffused with blood and a pleasure in its cold-bloodedness. Achilles is the preeminent figure in the violence he unfurls, but the cunning Odysseus and the other Greeks are not far behind in the love of fighting and killing. The conjecture Nicolson expounds is that perhaps the actual events are much older, and he makes the case that we might push the siege of Troy back another 1000 years, or at least to the earlier 2nd Millenium BC. Whatever the truth of this (and I understand it is controversial and not necessarily backed up), it is an intriguing idea. 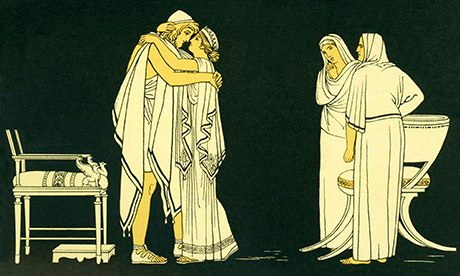 Penelope welcomes Odysseus home to Ithaca. This looks very civiised, but in the book, he wades in blood having slaughtered not only her suitors but various serving girls as well.
It is actually quite shocking to a modern sensibility.

The whole book is poetic and thought-provoking and perhaps as importantly, makes one want to re-read Homer. Not only that, but with a greater awareness of the translation. Excellent work.

I also decided to rewatch Michael Wood's BBC documentary series from 1985, In Search of the Trojan War. I've blogged about this before: the series is very good. I'd love Wood to do at least one more program to update us on the latest of Troy, and Greek prehistory.