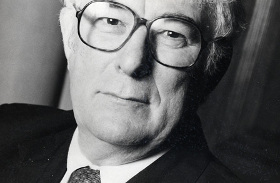 I've never managed to read poetry well. I often find it hard to read and parse, hard to find the rhythm and then perhaps hard to put aside and come back to. Poetry has been such a central part of our literary tradition however that I feel drawn to trying again every now and then. I want to "get" poetry. 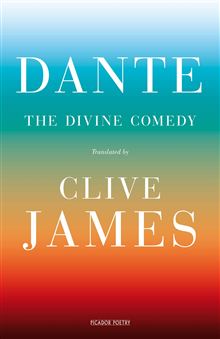 Part of the problem I have is knowing how to speak the poem properly: picking up the proper cadence, the pauses and breaks. It's very different to prose and the way it is written down and structured sometimes seems to make it harder to get through. Hearing a poem read well helps a lot, and there have been quite a few learning opportunities recently.

The Radio 4 program Radio Heaney last week was a very good retrospective of some of the great man's radio appearances over the years. He was deservedly popular so we're lucky to have plenty of recordings of him and his work. His reading of Digging is beautiful and moving.

On Saturday, Jeremy Irons read T.S. Eliot's Four Quartets which I am looking forward to listening to (maybe with the text in front of me).

In addition, I've been wanting to read Clive James' well received translation of Dante, Alice Oswald's Memorial and more Eliot. The list is a lot longer and stretches to the classics like Byron and Keats. Maybe some practice and persistence. Like I say, poetry takes a little bit more work.

Between my finger and my thumb
The squat pen rests; snug as a gun.

Under my window, a clean rasping sound
When the spade sinks into gravelly ground:
My father, digging. I look down

Till his straining rump among the flowerbeds
Bends low, comes up twenty years away
Stooping in rhythm through potato drills
Where he was digging.

The coarse boot nestled on the lug, the shaft
Against the inside knee was levered firmly.
He rooted out tall tops, buried the bright edge deep
To scatter new potatoes that we picked,
Loving their cool hardness in our hands.

By God, the old man could handle a spade.
Just like his old man.

My grandfather cut more turf in a day
Than any other man on Toner’s bog.
Once I carried him milk in a bottle
Corked sloppily with paper. He straightened up
To drink it, then fell to right away
Nicking and slicing neatly, heaving sods
Over his shoulder, going down and down
For the good turf. Digging.

The cold smell of potato mould, the squelch and slap
Of soggy peat, the curt cuts of an edge
Through living roots awaken in my head.
But I’ve no spade to follow men like them.

Between my finger and my thumb
The squat pen rests.
I’ll dig with it.

The BBC Radio 4 program Poetry Please is often a pleasant part of a Sunday afternoon.