Thinking about who my person of the year would be, in the spirit of Time magazine.

I considered Edward Snowden, the NSA whistleblower. Like what he did or not, he's certainly made a massive impact on the debate over our government, privacy and counter-terrorism/crime. 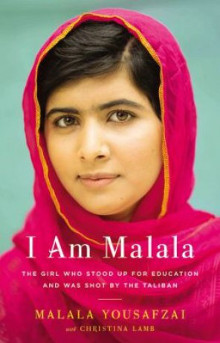 In the end however, I feel that the person who was most inspiring in 2013 was Malala Yousafzai, the young Pakistani girl who spoke out for education and against the Pakistani Taliban.

At the age of 12 she was writing a blog that was picked up by the BBC. At 15 the Taliban shot her. She recovered from very bad injuries and now continues to speak out, even though she may never be able to return home because of the continued danger to her life.

A very brave girl and a real inspiration. This is the sort of person a country like Pakistan needs. More Malala and much less of Ehsanullah Ehsan.