I'm just finishing a book called Alex's Adventures in Numberland by Alex Bellos. A review at The Guardian.

The book's a gentle walk through mathematics from the very basics to the more advanced. It's written for the average person though, so tries not to get too complicated. By coincidence, I noticed a radio program called Land of the Rising Sums presented by the author and caught it online.

Bellos investigates possible reasons that some other cultures (particularly East Asian e.g. Japanese and Chinese) do much better in maths tests when much younger.

He starts by looking at how we all count. In Western European languages, the names of numbers do not make complete sense as we count. We say .. eight, nine, ten, eleven, twelve etc. In Japanese, we count eight, nine, ten, ten-one, ten-two etc. Numbers have a more logical naming structure and some people consider this an advantage when learning and using them.

In addition, the Chinese words for the numbers one to nine are all concise, single syllables. As a result, the Chinese can memorise more numbers than the average European. In Japan, the kuku, or multiplication tables, are more like a rhyme. The words used for the numbers are moulded in such a way to make the tables more of a poem. This seems to make the multiplication tables much easier to recall, even late in life. 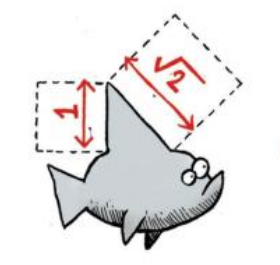 Bellos concentrates on the Japanese love of the soroban, or abacus. A lot of Japanese school children learn the abacus and there are lots of after school clubs devoted to it. One of the most amazing parts of the show is devoted to the game of Anzan, especially Flash Anzan. Hearing this is quite amazing, even though no rattling abacuses are involved. It's all in their heads on virtual soroban.

About 0.2 seconds between each, everything finished in about three seconds.

How fast can you calculate the sum of the numbers? In the flash anzan (and there are proper competitions), the best can do this in a couple of seconds. Reading about this is one thing but hearing it another. A scientist on the program couldn't seem to believe it. But you can find it on YouTube. Amazing!