Archives
Recent Posts
All in this Together 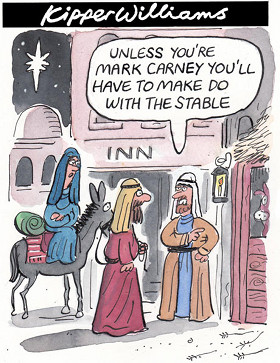 Hector Sants was the boss of the UK financial regulator between 2007 and 2012, the FSA. He was not a particularly distinguished CEO of this organisation, nor covered in much glory dealing with all the issues and questions over financial industry governance after the massive crunch we've had. Plus the numerous scandals uncovered over the past few years (and very recently). Criminal. Squalid. Sordid. Well, so much for regulation ...

To me then, it was a fairly depressing report to see he was joining Barclays Bank as "head of compliance and government and regulatory relations".

The phrase regulatory capture is one that comes to mind. It does so more frequently than it used to.

So, almost half a million pounds as a salary, as well as a quarter million on top of this for housing (plus pension on top of all this). A question I had was why a salary can't be expected to pay for housing? Mine has to.

I'm not a socialist, let alone a leveller (although if you understand their "platform" you'd agree with much of it today) but are we "all in this together" as Mr Osborne tells us?

I should stress that I do believe in people being paid a "market" rate, in so far as that rate is whatever some other party thinks is a fair number for the services rendered or profits generated. This is one component of a free society we all believe in. I don't think the "market" always works as fairly or cleanly as it is supposed to however. It is far from the free market beloved of the economist. Surely a meritocracy is undermined (or stillborn) if we have too many extremes of wealth? These extremes have been growing alarmingly for quite a while now and I think it is unhealthy for our democracy.

Bring Up the Bodies 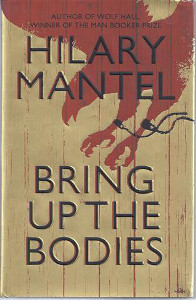 I finished Bring Up the Bodies a few weeks ago and thought of a couple of things worth noting.

The first was the absolute importance of the arranged marriage. A marriage contract was pursued and entered into much like a business contract, something mutually beneficial to both parties. Looking back now, an arranged marriage has been the normal state of affairs in our society for a very long time (possibly millennia) and only recently (last century perhaps) has marriage become as free as it is now. A big change.

The second thing that struck me was the total and complete power of the king. Thomas Cromwell is a very confident and self-assured character but even he has a great sinking in his stomach and a terrible dread when Henry starts to press him in a less friendly way. The King has total power over your life and property. During this uncomfortable conversation with the King, we start to realise, with Cromwell, how easily everything might fall apart. He's "low born" and everything he owns is at the pleasure of His Majesty.

Our status with respect the law and the monarch is very different now. A lot of people have died to change that. We plebs should remember that. 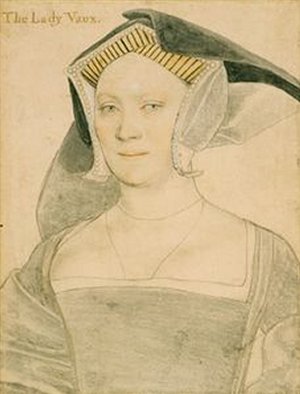 At the National Portrait Gallery a couple of weeks ago (see below) for the Lost Prince show. Whilst there, I popped into the shop and bought a Holbein print. A beautiful drawing.

I'd thought of framing it and giving it away as a christmas present but, having framed it, I decided I liked it too much to give away.

Holbein's been in my thoughts at other times recently because he makes a few appearances in Hilary Mantel's recent books about Thomas Cromwell. I've just finished Bring Up the Bodies, a book I'll try and write about soon. 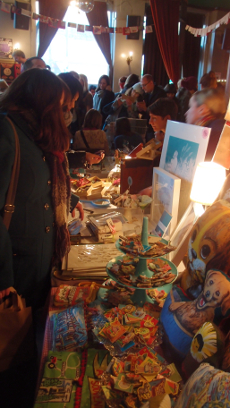 It must be 10 or 15 years since I was last inside Brixton's Dogstar. That would have been at night in its pub/club incarnation.

On Saturday it was host to the Crafty Fox Market and it being just down the road, I ventured down Coldharbour Lane to have a look. Lots of small independent stalls over all three floors selling all sorts of things: a lot of jewellery, art work, clothes and stuffed toys. 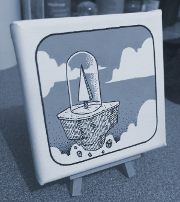 Pretty busy. Not exactly a Christmas market but I think a lot of people had the same idea.

I like Starbucks. It's often a comfortable place with friendly staff. Coffee is usually OK as well.

I posted about tax avoidance recently and have stopped using Starbucks as a small protest. Today, there are reports that Starbucks have decided to "volunteer" extra tax to us. And as mentioned in the article linked above in the Daily Telegraph, Starbucks uses "perfectly legal mechanisms" to reduce its tax bill.

Technically, this might be so, but as Richard Murphy says :

Let me reiterate what tax avoidance is. It is getting round tax law to obtain an advantage parliament did not intend. So it is not paying money into a pension within allowed limits or subscribing for an ISA. Parliament intends those reliefs. It is instead finding loopholes and discrepancies in and between tax and accounting laws either in the UK or between the UK and other places so that income falls out of the UK tax net.

It is, of course, often said that tax avoidance is legal. I dispute that. Correctly it is not illegal. But nor is it sanctioned by parliament. It is in a grey area where the law is in doubt, and very often the application of law is, in the absence of a general anti-avoidance provision, also in doubt. That is precisely why this is a moral issue. When the application of law is uncertain, and it can be, morality has to take its place as a guiding principle as to right action. The inclusion of morality in tax debate is appropriate for precisely this reason.

As he says, paying tax is not like a charitable donation, a voluntary gift. Let's see how things go and I am glad Starbuck's is paying attention. I think the only option to make things work will end up being done at government, or hopefully international, level however. A glocal fix rather than a local or individual "fix" (that wouldn't be).