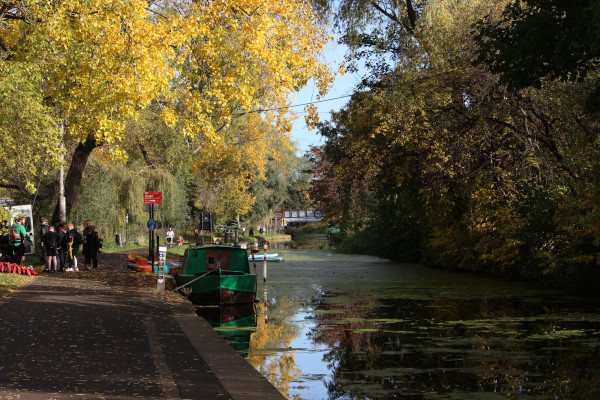 At the moment, it's raining. It does this a lot in Scotland. This is late autumn if I'm being optimistic but probably fairer to say winter now. With a week of rain and gales stripping the trees much barer of their leaves, it's starting to look like winter again. It's been such a great year that people are already starting to look forward to 2022.

My oil painting energy diminished somewhat over summer, although I did a few and then some larger paintings. Having seen a bad trough of motivation hit a couple of months ago, I managed to pull things together a bit and complete a picture I'm very happy with. I'm about to finish another. It feels like a bit of a slog just now; it's not only writers that get a block. They come and go though, like the gales.

One thing I have discovered this year is that I can easily listen to a podcast whilst painting and not be distracted. I've a lot of podcasts downloaded from the BBC (mostly), including plays, dramas and book readings. These are things I've grabbed over the years but put aside for a "rainy day". Luckily, there have been quite a few rainy days this year.

Some of the things I've listened to include :

There have been others and all have been good: this is what the BBC does so well. Luckily there is a large back catalogue because these are hard times for media producers.

As well as Eliot's Silas Marner and Middlemarch, I still have War and Peace to listen to and that's a great reason to start planning a big painting!