I recently visited the Science Museum, the first time in over 25 years! 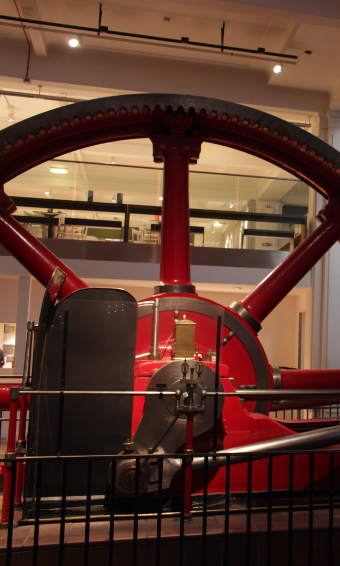 It's on multiple levels, an IMAX screen and lots of big machines to look at. As well as the old steam engines (excellent engineering displays), it's quite up to date with sections on "big data" and the implications of the "sharing" culture. A lot of light and colour, plus neon, in some large cavernous spaces. A lot of space is needed to hang aeroplanes and rockets.

One thing I wondered as I looked around was how they ever managed before the introduction of the touchscreen: they are everywhere. It's pretty impressive being able to interact with the displays and there's a lot to take in, with a big emphasis on learning. In fact, the place really needs a whole day, at least.

Something that caught my eye was a very large (about two big freezers) metal box callled an Ampex VR1000A, a 1958 video recorder. A lot of people thought recording television was impossible: until someone actually managed to do it! According to the label, this required one and a half miles of tape to record 4 minutes of television.

Below: An Ampex VR1000A video recorder : 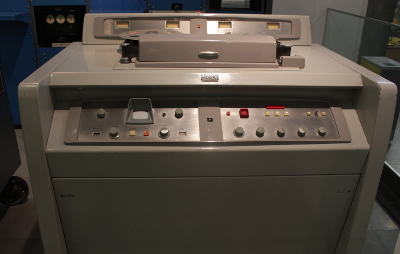