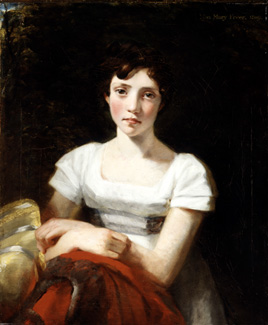 Continuing with the Constable theme, he's mostly well known for his landscapes, but he also did some very good portraits. Including this one. For a little background on Mary Freer, see the NYT.

The Tate is showing Salisbury Cathedral from the Water Meadows by John Constable , a painting recently purchased for £23 million. The Tate's not far from me, so I went up to have a look. I was in the place early (opens at 10 am) and there were not many people around. The cathedral website has some more background. 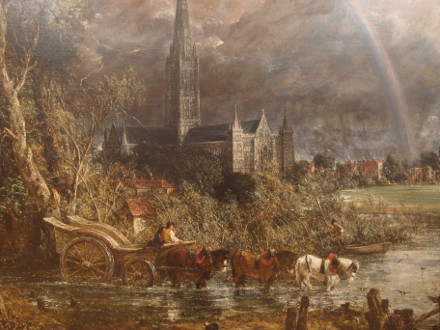 I like the picture, and like Constable in general, although I used to have trouble when I first saw how dark the paintings were. I knew he painted outdoors and was famous for the lightness, and play of light, he captured, but the palette was always quite dark. Now I know that I was biased, having come to Constable from the "future" via the impressionists. Going further back to the Dutch landscape painters as well. 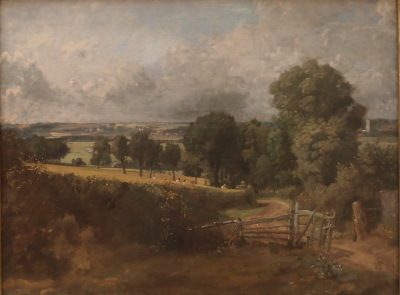 Fen Lane. Apparently the route Constable would take walking to school, he would have known it well. This is the way the countryside used to be, no motor cars, trains or litter in evidence.

Have a look at more of his work.

Tate Britain is a superb gallery and has some beautiful work by all sorts of artists. I took the opportunity to have a look at the Blake gallery as well this time. I hope to write a little more about the visit later. 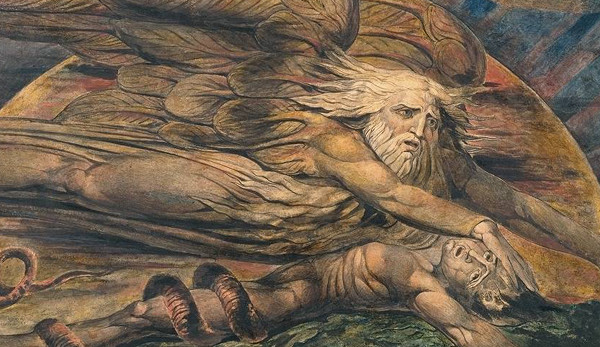