My Kindle broke last weekend and it was out of warranty (a few months). I toyed with the idea of stepping out of the Amazon walled garden (looked at the Kobo, for ePub) but in the end biked up to John Lewis on Sunday morning and bought a Paperwhite.

It's a really nice, solid and well built little device, made even better with the Amazon leather cover. The backlight is good, and great to have available, even if I have it turned down a long way mostly.

So, overall, I am very happy with it.

Now I am all synced up again, and poking around its "management". The Paperwhite has more of the concept of "device" vs "cloud" storage. It lets you switch between the two storage modes, and the fact that a lot of your stuff is stored online somewhere else is much more explicit.

However, I am experiencing one painful issue. Amazon's web interface for managing Kindle content is diabolically bad. The only way to really get rid of an item is by deleting it from the "cloud" storage and, as far as I can see, this means having to use the web interface. And to say it's bad is an understatement. It's hard to believe I'm not missing something, this being from a company that can build pretty good web sites ...

Surely Amazon can do better than this? Have I missed something?

I visited this exhibition recently.

The term renaissance is usually prefixed with Italian but a lot of people forget (or ignore) the fact that the renaissance also took place in Northern Europe as well, especially the German states, the Low Countries and France. I am guilty of this myself but a recent exhibition has helped set things right and reintroduced the amazing work produced north of the alps. 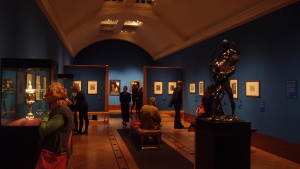 I saw this exhibition over a year ago at the Queen's Gallery at Holyrood in Edinburgh but went again when I saw it had moved down to the gallery at Buckingham Palace. If you get your ticket stamped you can go back again for free. 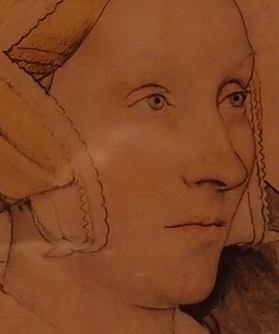 The gallery is similar to the gallery at Holyrood, not large and fairly understated. It is very nicely decorated and set out however, the term "royal" fits. I went early on the Sunday between Christmas and New Year and should not have been surprised at how busy it was around and about. Having said that, this is Buckingham Palace and The Mall, so we expect tourists milling about. It was much more crowded outside when I left and I can't say there was much to see really.

Apart from the art, a good reason to visit was just to see the gallery itself.

Below we see one of the rooms with the Martyrdom of St Ursula in the centre from the "Circle of Master of the Legend of the Magdalen". St Ursula (a British Christian saint) had a pretty nasty end unfortunately, alongside a large number of other virgins with her. Great material for the average late 15th Century artist. 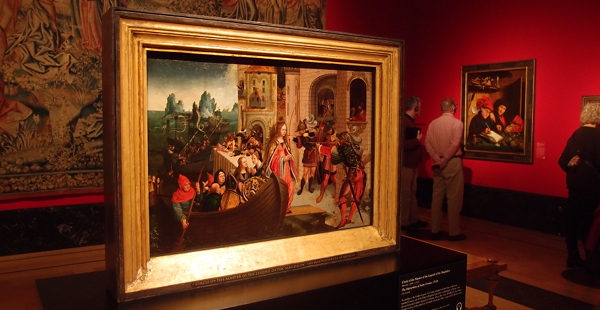 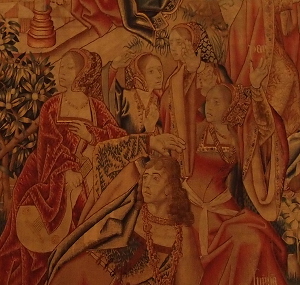 Both tapestries were (probably) owned by Cardinal Thomas Wolsey (he certainly owned one) before being transferred to King Henry's possession once Wolsey was dead. 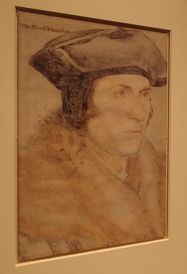 I cannot say I have ever been very interested in the art of tapestry but these were amazing works of art (the pictures I have do not do them any justice). Both are stunning craftmanship, with high detail and colour. Painstakingly work, woven in the Low Countries (Flemish origin).

On the right, Holbein's drawing of (Saint) Thomas More.

I have mixed feelings about More, my original ones being moulded by one of my favourite films, A Man for All Seasons, written by Robert Bolt and directed by Fred Zinnemanm.

The film (and Paul Scofield's portayal) is very sympathetic to More but over the years one learns of less likeable aspects of the man: the torture and burning of heretics, the hair shirt and the foul language directed at his enemies (Luther could give as bad in return however). More was a fundamentalist, even if he had some humanist inclinations (and authored Utopia). Being the man that hounded Willian Tyndale to his death counts as a large negative legacy to me.

A finished Holbein portrait of More is superb though.

The other major artist highlighted here is Albrecht Dürer. Dürer was never someone I had paid a great deal of attention to, but like Holbein, becoming more acquainted with his work has opened my eyes to how great a skill he had. He is very well known for his engravings but his painting is also a a very high quality. 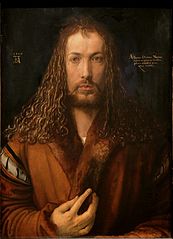 Above, a detail of one of Dürer's Apocalypse woodcut illustrations, the Whore of Babylon, often a favourite subject of the time. These illustrations were a great success and made him famous throughout Europe. Very detailed and beautiful work.

On the right, Dürer's famous self-portrait of 1500.

To finish, a quick look around the shop. Christmas time was still in swing, hence the decoration, and it was busy with people having a look around.

Really finishing now,, it's great being able to take photographs inside the gallery (no flash though). Some allow this, some do not, even when it's only the gallery's own collection on display, no borrowings. It is also enlightened to allow free re-entry if you get the ticket stamped. I wish more people did this. 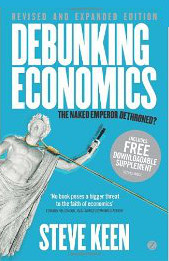 John Lancaster has a piece in the London Review of Books called Let’s call it failure. He looks at the poor state of the UK public finances, the bad state of the economy and how things are going from bad to worse. Not exactly as planned.

Lancaster wrote a book a few years ago called Whoops! about the 2008 financial crash (or as he points out the Chinese preference to say "Western Financial Crisis") and he returns to the subject here. It makes a fairly depressing read, but this is economics and the whole edifice of Economics is a sorry state of affairs.

One of the presents I received at Christmas was a book called Debunking Economics by Steve Keen, an economist well known for predicting the recent calamities and being generally ignored (by most). The book's a dead-tree edition and on my "to read" pile (I have read some). The more I read about this field the more I consiider it eminently worth "debunking", seeing it as mostly bunk. Economics wants to be seen as a science, even something like Physics but it is far from a science and doesn't seem to work. Especially the macroeconomic realm - the big questions. Is Keynes right after all? Or less wrong?. Like the Queen said: Why did no one see it coming? Well, I think I know the answer to that.

If you have ever wondered what the economic term multiplier means then Lancaster's essay explains it well. Good explanations are in short supply, so more is welcome.