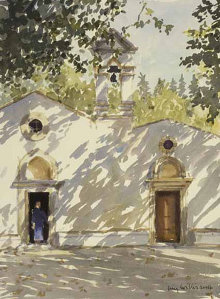 Watercolour is a very distinctive medium and can produce some fine works of art.

I was passing the Curwen Gallery the other day and went in to look at a few paintings by Lucy Willis. I was very impressed by many, almost all of Malta, Gozo and Syria ("in quieter times"). She captures the sunshine and shadow well.

Ms Willis will be giving a talk at the Gallery on Saturday 19th at 2 pm. I might pop up and listen to what she says, and perhaps ask a question on technique.

It is worth having a look through her online gallery and also to note that there are many pictures for sale. I'd love to own one or two. 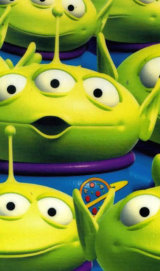 I belatedly upgraded my VPS (Virtual Private Server) to the current stable version of Debian Linux. This VPS hosts my blog, mail and a few other important things. I've been very late doing this and security concerns have been weighing on my mind recently. The old stable distribution (Lenny) does not get security updates anymore and the internet is not getting any safer ...

This is the first time I've done a "proper" upgrade in place, the "Debian Way", and I'm happy to say that everything appears to be working. I hate to think about all the magic that goes on behind the scenes to achieve this sort of upgrade automatically, but the process was smooth and pretty straightforward. Debian rocks. I also RTFM.

For those of you that have no idea what I'm talking about, Debian is a distribution of the Linux operating system and they name each release after a character from Pixar's Toy Story.

Let me also say that my hosting provider rocks as well, and I can thoroughly recommend them : Bitfolk.


Bring Up the Bodies 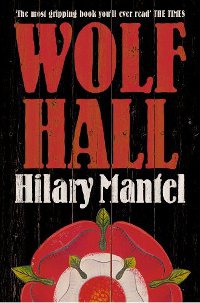 Hilary Mantel's sequel to Wolf Hall, out soon, is called Bring Up the Bodies. It already has a very positive review in the New Yorker.

Mantel's prose is concise and beautifully written; Wolf Hall was one of those books that I didn't want to finish so I'm looking forward to reading this. She has not only made a very readable hisory novel, but also made Thomas Cromwell likeable in many ways. A rare feat many people would say.