Above: Detail of cover for Altre forme lo distraevano continuamente

Lorenzo Mattotti is an Italian artist and illustrator. I first came across his work through comic art (over thirty years ago) but he also does a lot of book and magazine illustration. I recently bought an art book of his, finding it cheap in a charity shop, and it re-kindled my interest in his art. He has a wonderfully colourful and dynamic style that I think is instantly recognisable. I believe he works mainly in pastel and coloured pencils, a great combination given the results.

One of the draws of the work is (what seemed to me) its inspiration from early 20th Century Expressionist Art, and also particularly the colourful Fauves. Although, in an interview with Dave McKean at Paul Gravett's site, Mattotti himself references the Russian Constructivists. 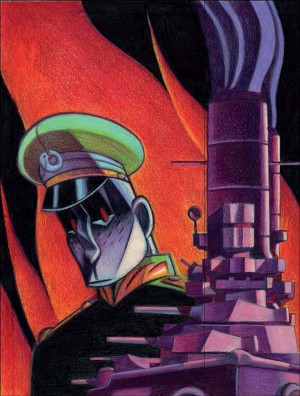 I already own a few of his books, including : Fires (from 1986), Murmure and Pinocchio.

The book I recently bought is in Italian and titled Altre forme lo distraevano continuamente ("Other forms continually distracted him"), from 1995. It contains some beautiful pictures, including a fair amount of work done for the New Yorker magazine.

A good selection of his art work is on the artnet site.

I really love some of the ilustrations in this new book and decided to do a copy of one. I'll make a separate post about that! 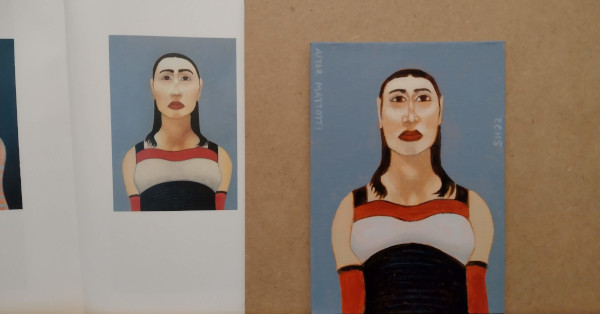